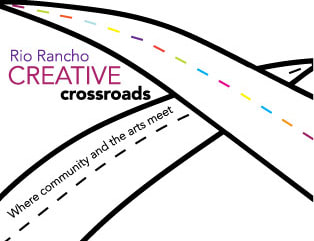 Not interested in acting? We need people to help with set design, set construction, costumes, makeup, concessions, ushering, set crew, etc! Stop by on November 6 to sign up for one of these non-acting committees!
or
Let them know you are coming at their FB event page https://www.facebook.com/events/611776396514958

While pursuing his degree at Temple University Mr. Sussman majored in journalism and minored in theater arts. He both co-directed and directed 2 university theater productions and for two years directed a closed- circuit weekly sports interview program.

Throughout the course of his educational career Sussman directed theatrical productions at the middle school, high school, college and community levels. He has directed the musical theater productions: South Pacific, Fiddler on the Roof, West Side Story, and a Tribute to Disney. Additionally, he has directed the dramatic productions, Thornton Wilder’s Our Town, James Baldwin’s Amen Corner, Arsenic and Old Lace, To Kill A Mockingbird and Guess Who’s Coming To Dinner. He was assistant director for a college production of Harvey.

While heading the journalism component at William Penn High School’s Communications Magnet Program, Mr. Sussman wrote and directed the musical, More Than Magic, a takeoff on the award-winning play, Pippin. This production utilized over 100 students and teachers from throughout the program and was performed both in Philadelphia and as the finale of the Columbia Scholastic Press Tournament in NYC.

Mr. Sussman joined McREL as a Principal Consultant, providing leadership training focusing on McREL’s School-Level Balanced Leadership work. A prominent initiative involved consulting with the Contemporary Learning Academy High School, providing professional development in the area of building a Purposeful Community, through the establishment of a set of Operating Principles at that Denver Public Schools alternative school. Additionally, Mr. Sussman provided the leadership material for a series of ELL workshops in the Harrison School District in Colorado Springs, CO.  Additionally, Mr. Sussman was a member of the four-person team providing professional development to 300 administrators in the Cleveland Metropolitan School District in Ohio.

Finally, Mr. Sussman was a member of the initial McREL team which travelled to the Commonwealth of the Northern Marianas Islands, where he offered three levels of workshops in Balanced Leadership and Writing across the Content Areas. From that initial Balanced Leadership professional development, he designed and implemented a Balanced Leadership Implementation Support Program for all 19 principals and their leadership teams. Mr. Sussman consulted with that district for 4 years.  Mr. Sussman put his extensive writing background to good use, authoring two articles in McREL’s ‘Changing Schools’ magazine, was the primary author of the leadership section of the Stupski research project, and co-wrote two chapters of McREL’s recently published, school-level leadership field book, Balanced Leadership for Powerful Learning. He has also authored two articles on the importance of building a quality leadership team, one of which was published in The Learning Professional magazine.